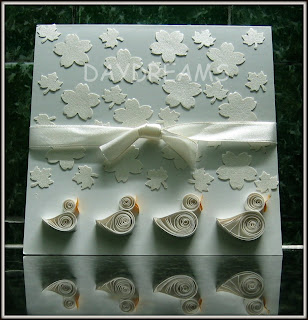 Ever since I saw Ann martin's adorable ducks I wanted to quill them for one of my cards.This card I made for CraftyJC challenge.
Luckily When I saw the sketch ,I remembered the ducks. This might be my own family except my elder son is a six footer and taller than all of us.
I am also glad I finally got to make a card in white.
Thanks for stopping by,Have a creative day.
Posted by SUGANTHI at 7:41 PM 8 comments: 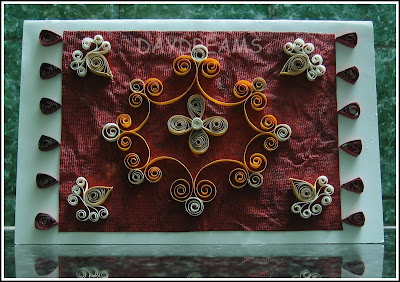 I got the idea for this card from the paper I have used, I have tried a carpet look.
I did struggle gluing the swirls on to the paper as the quilling paper wouldn't stick easily to it, the paper being uneven. I also had to choose dull colour paper strips to suit this particular back ground.
For the corner design I have made three V scrolls with the same length of paper and I have stuck one over the other and then a tear drop shape on top  of them all.I have used 3mm quilling strips on this card.

Thanks for looking, have a creative day!

Featured on ALL THINGS PAPER

I feel very happy and honoured to be featured on Ann Martin's All things paper. Its my dream come true and I thank Ann Martin for featuring my quilled kolam on her blog. I am a huge fan of her elegant quilled work and it gives me great pleasure to be appreciatied by her.
Posted by SUGANTHI at 11:44 AM 5 comments: 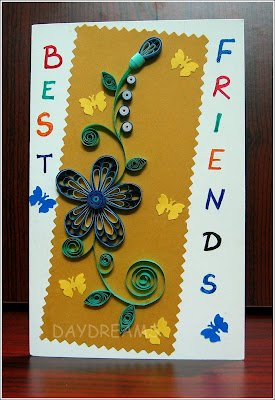 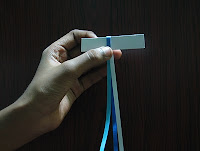 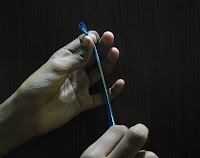 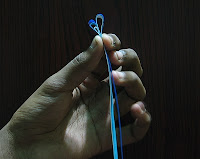 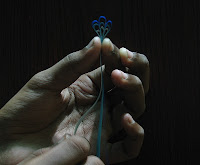 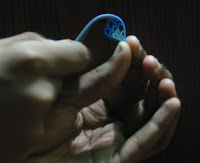 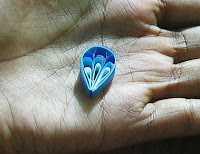 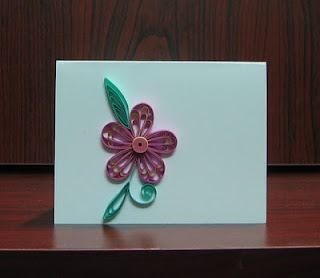 For this flower I have used two strips of pink and yellow strip in the middle , This flower I did as shown above, but with alternating loop technique as the inner as well as the outer strip are of the same colour .
Posted by SUGANTHI at 8:14 PM 22 comments: 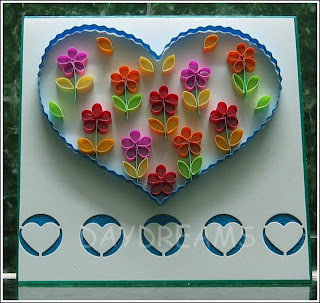 This is just a small card . I made the flowers and the leaves using  small strips of quilling paper that remained from my earlier cards.
For the petals,I cut the quilling strips into smaller pieces of the same size, and then stuck it around an old refill and slid it out . This makes a nice small circle from which we can make a petal by pinching it at one point(where the ends are stuck). For the leaves I stuck slightly bigger strips around my paint brush and then pinched it in two places. 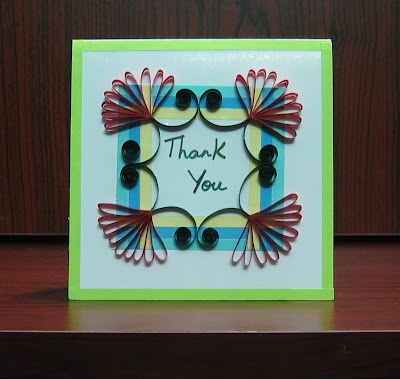 A thank you card for all the blogs that give out wonderful tutorials. 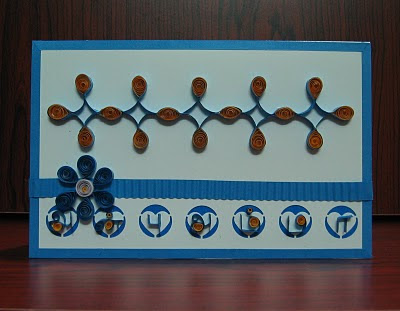 Today is my mother's birthday . I quilled this card and mailed it to her and I hope she likes it.
In this card I have quilled the words அன்பு அம்மா  in my mother tongue Tamil which means dearest mother.My mom is the most surprised at my craft work ,since I was never crafty as a kid.
As a kid I have seen my mother make beautiful kolams and she used to draw beautifully whenever she did. This card also has a kolam pattern , the pattern we use for borders. I only quilled the letters as an after thought and I hope it survives in the mail.
Posted by SUGANTHI at 12:10 PM 5 comments: 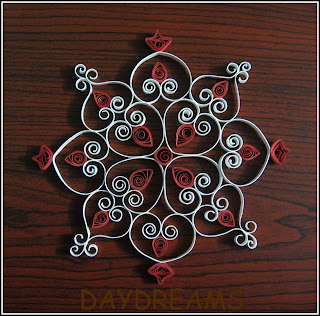 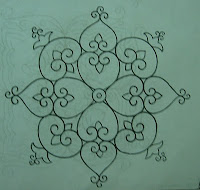 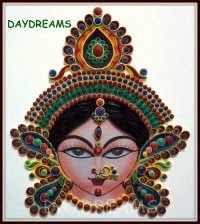